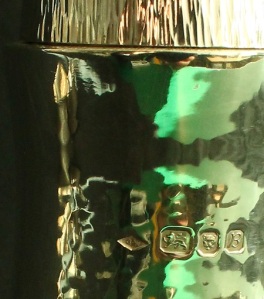 Graham Watling was born in Hull, Yorkshire in 1930. He served his National Service in the Royal Marines followed by his formal tertiary education at Loughborough University where he achieved a BA (Hons) in silversmithing. From there, he went into teaching and by 1969 had become Head of the Arts and Crafts Department at the new George Ward Comprehensive School in Melksham. While teaching, Graham continued with his own work, and spent a lot of his spare time working with silver. He was already registered with the Assay Office in London, having been granted his own Hallmark straight from graduation.

While in Wiltshire, he fell in love with the chocolate-box village of Lacock, which he frequently passed in his daily travels. He and his wife decided  to buy a house there, only to become frustrated when they learned that most of the homes in the village are owned by the National Trust.

Not to be disappointed Graham started to make enquiries of the National Trust about a possible workshop in the village. After seeing examples of his work he was offered a workshop to rent with a tied house; the only proviso was that he lived in the village and was available to visitors.

By this time he had been teaching for 17 years and he took this opportunity to leave teaching and pursue a trade as a gold and silversmith, with his wife Jean. In time, the opportunity arose for him to buy a larger building where he was able to create a more useful workshop and showroom. That larger building was centred around  a 15th century courtyard which has always been a centre for the business. It is known that 400 years ago it was a Coopers Yard and 200 years ago a butchers’ shop with stables and slaughter house. It still is one of the few freehold buildings in a village where most of the houses are owned by the National Trust. 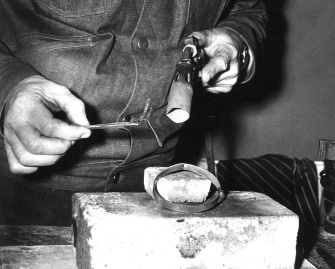 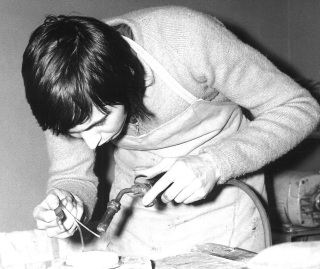 After setting up their business Graham and Jean soon realised that their children Jane and John both wanted to follow in their father’s footsteps and become jewellers. At a young age both children would help their father in the workshop, rather than doing the washing up or mowing the lawn! This developed into a fascination that stayed with them for the rest of their lives and having both trained as jewellers in their own right they now have their own separate hallmarks, to go with their own individual styles.

Graham Watling died in 1996. However, Jane and John continue the family silver craftsman tradition today in Lacock, with their own distinctive style. 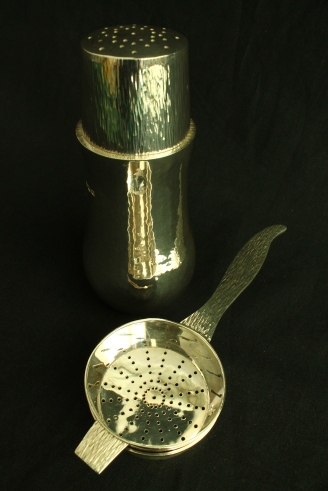 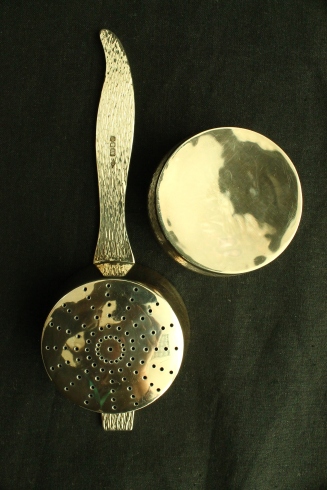 To commemorate his work, and as part of the HLF project to represent creativity in Wiltshire, we have purchased some remarkable pieces by Graham Watling to add to the collection at Chippenham Museum and Heritage Centre. They include a Sugar Caster and a Tea Strainer on a stand, three pieces in all. They were all purchased from Styles Silver of Hungerford and can be seen on display at Chippenham Heritage Centre.

Caroline Day – Spirituality in the Landscape